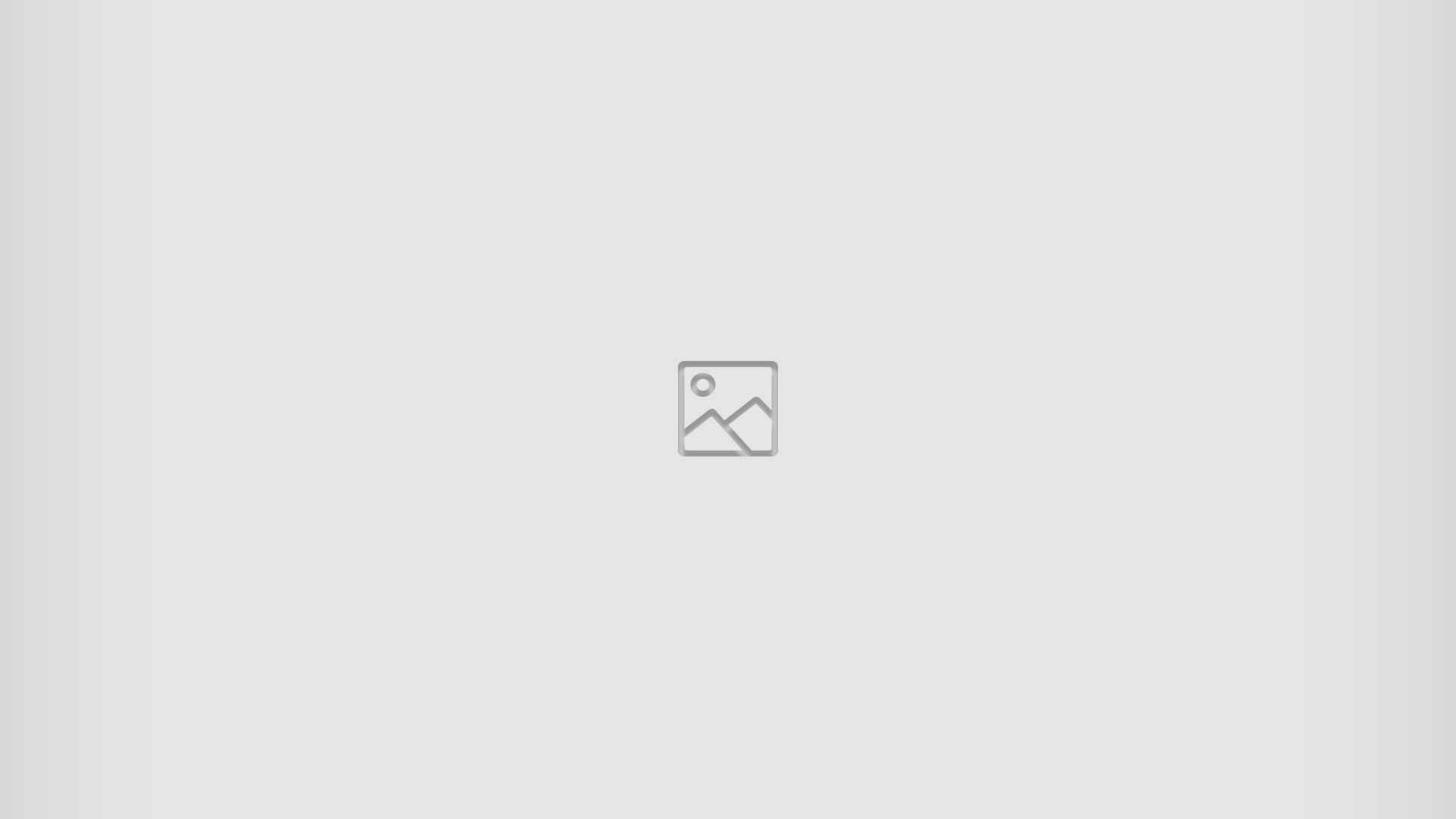 Meanwhile M. Cavalcanti the elder had returned to his service, not in the army of his majesty the Emperor of Austria, but at the gaming-table of the baths of Lucca, of which he was one of the most assiduous courtiers.He had spent every farthing that had been allowed for his journey as a rewardfor the majestic and solemn mannerin which he had maintained his assumed character of father. M. Andrea at his departure inherited all the papers which proved that he had indeed the honor of being the son of the Marquis Bartolomeo and the Marchioness Oliva Corsinari. He was now fairly launched in that Parisian society which gives such ready access to foreigners, and treats them, not as they really are, but as they wish to be considered. Besides, what is required of a young man in Paris? To speak its language tolerably, to make a good appearance, to be a good gamester, and to pay in cash. They are certainly less particular with a foreigner than with a Frenchman. Andrea had, then, in a fortnight, attained a very fair position. He was called count, he was said to possess 50,000 livres per annum; and his father’s immense riches, buried in the quarries of Saravezza, were a constant theme. A learned man, before whom the last circumstance was mentioned as a fact, declared he had seen the quarries in question, which gave great weight to assertions hitherto somewhat doubtful, but which now assumed the garb of reality.

The diver sun, slow dived from noon, goes down; my soul mounts up! she wearies with her endless hill. Is, then, the crown too heavy that I wear?

This Iron Crown of Lombardy. Yet is it bright with many a gem; I the wearer, see not its far flashings; but darkly feel that I wear that, that dazzlingly confounds. ‘Tis iron—that I know—not gold. ‘Tis split, too—that I feel; the jagged edge galls me so, my brain seems to beat against the solid metal; aye, steel skull, mine; the sort that needs no helmet in the most brain-battering fight!

Dry heat upon my brow? Oh! time was, when as the sunrise nobly spurred me, so the sunset soothed. No more. This lovely light, it lights not me.

All loveliness is anguish to me, since I can ne’er enjoy. Gifted with the high perception, I lack the low, enjoying power; damned, most subtly and most malignantly! damned in the midst of Paradise! Good night—good night! (WAVING HIS HAND, HE MOVES FROM THE WINDOW.) ‘Twas not so hard a task. I thought to find one stubborn, at the least; but my one cogged circle fits into all their various wheels, and they revolve. Or, if you will, like so many ant-hills of powder, they all stand before me; and I their match. Oh, hard! that to fire others, the match itself must needs be wasting! What I’ve dared, I’ve willed; and what I’ve willed, I’ll do!

Now, with the subordinate phantoms, what wonder remained soon waned away; for in a whaler wonders soon wane. Besides, now and then such unaccountable odds and ends of strange nations come up from the unknown nooks and ash-holes of the earth to man these floating outlaws of whalers; and the ships themselves often pick up such queer castaway creatures found tossing about the open sea on planks, bits of wreck, oars, whaleboats, canoes, blown-off Japanese junks, and what not; that Beelzebub himself might climb up the side and step down into the cabin to chat with the captain, and it would not create any unsubduable excitement in the forecastle.

This is a heading 3

They think me mad—Starbuck does; but I’m demoniac, I am madness maddened! That wild madness that’s only calm to comprehend itself! The prophecy was that I should be dismembered; and—Aye! I lost this leg. I now prophesy that I will dismember my dismemberer.

Now, then, be the prophet and the fulfiller one. That’s more than ye, ye great gods, ever were. I laugh and hoot at ye, ye cricket-players, ye pugilists, ye deaf Burkes and blinded Bendigoes!

I will not say as schoolboys do to bullies—Take some one of your own size; don’t pommel ME! No, ye’ve knocked me down, and I am up again; but YE have run and hidden. Come forth from behind your cotton bags! I have no long gun to reach ye. Come, Ahab’s compliments to ye; come and see if ye can swerve me. Swerve me? ye cannot swerve me, else ye swerve yourselves! man has ye there.

Swerve me? The path to my fixed purpose is laid with iron rails, whereon my soul is grooved to run.

Over unsounded gorges, through the rifled hearts of mountains, under torrents’ beds, unerringly I rush! Naught’s an obstacle, naught’s an angle to the iron way! My soul is more than matched; she’s overmanned; and by a madman! Insufferable sting, that sanity should ground arms on such a field! But he drilled deep down, and blasted all my reason out of me! I think I see his impious end; but feel that I must help him to it.

Will I, nill I, the ineffable thing has tied me to him; tows me with a cable I have no knife to cut. Horrible old man! Who’s over him, he cries;—aye, he would be a democrat to all above; look, how he lords it over all below!

This is a heading 4

Yet without power to kill, or change, or shun the fact; he likewise knew that to mankind he did long dissemble; in some sort, did still. But that thing of his dissembling was only subject to his perceptibility, not to his will determinate.

Oh! I plainly see my miserable office,—to obey, rebelling; and worse yet, to hate with touch of pity! For in his eyes I read some lurid woe would shrivel me up, had I it. Yet is there hope. Time and tide flow wide. The hated whale has the round watery world to swim in, as the small gold-fish has its glassy globe. His heaven-insulting purpose, God may wedge aside. I would up heart, were it not like lead. But my whole clock’s run down; my heart the all-controlling weight, I have no key to lift again. Oh, God! to sail with such a heathen crew that have small touch of human mothers in them! Whelped somewhere by the sharkish sea. The white whale is their demigorgon. Hark! the infernal orgies! that revelry is forward! mark the unfaltering silence aft! Methinks it pictures life. Foremost through the sparkling sea shoots on the gay, embattled, bantering.

This is a heading 5

Gnawed within and scorched without, with the infixed, unrelenting fangs of some incurable idea; such an one, could he be found, would seem the very man to dart his iron and lift his lance against the most appalling of all brutes. Or, if for any reason thought to be corporeally incapacitated for that, yet such an one would seem superlatively competent to cheer and howl on his underlings to the attack.

But be all this as it may, certain it is, that with the mad secret of his unabated rage bolted up and keyed in him, Ahab had purposely sailed upon the present voyage with the one only and all-engrossing object of hunting the White Whale. Had any one of his old acquaintances on shore but half dreamed of what was lurking in him then, how soon would their aghast and righteous souls have wrenched the ship from such a fiendish man! They were bent on profitable cruises, the profit to be counted down in dollars from the mint. He was intent on an audacious, immitigable, and supernatural revenge.

Days, weeks passed, and under easy sail, the ivory Pequod had slowly swept across four several cruisinggrounds; that off the Azores; off the Cape de Verdes; on the Plate (so called), being off the mouth of the Rio de la Plata; and the Carrol Ground, an unstaked, watery locality, southerly from St. Helena.